Female Ejaculation - The Double Standard in the Bedroom

For more than two centuries, men maintained tight control of the medical and scientific communities. During this time, sexuality was a male-controlled environment. Free expression of sexuality would be left only to professional women “prostitutes.” 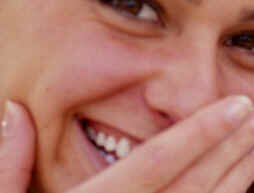 Female ejaculation has been around for millennia, yet was somehow lost in America’s history. We originated from the Victorian culture where women were expected to endure sex for the sake of conception as well as preservation of marriage, not for personal pleasure. In the forties when Ernst Gräfenberg studied female arousal, he discovered the area later called the G-Spot in his honor. In my opinion, when Beverly Whipple, PhD, coined this phrase, she made a tragic mistake. What Gräfenberg really identified was the “area” of tissue surrounding the female urethra within the vagina. This led to further confusion rather than clarity in an age where female sexual arousal was widely accepted.

Men who did have concern with the fulfillment of their female counterparts were searching out this spot that was supposed to be the magic button that when activated would send their women into orgasmic ecstasy. This rarely took place. It was like hunting for a whale with a dollar store fishing rod. The Gräfenberg area is just that, it is an area; it is equivalent to the base of the male penis, tissue that surrounds the urethra for its entire length. The problem here is men are good at understanding only what has been explained in clear and simple terms. When Whipple explained this spot, we men were very confused trying to locate a spot described to be the size of a dime.

Over the past half-century or so, American men have started to come around, realizing that sexual expression on the part of women was a good thing. Yet, there still remained an imbalance in the bedroom. Men maintained the expectation of sexual fulfillment concluding in ejaculation accompanying their orgasm. When ejaculation did not occur there would be disappointment and hurt feelings. Expressions such as blue balls were coined to express to women how important ejaculation was for men.

Now there is undeniable proof that women can ejaculate in much the same way as men. For the past four years, I have studied everything I could get my hands on with regard to this topic. It is not a myth, nor is there any relation to urination or incontinence of the bladder. Female ejaculate is a clear watery fluid, with a chemical makeup very similar to semen without the sperm. It contains prostate specific antigens as well as sugars, which are not present in urine. When a female ejaculates along with orgasm, it is without doubt one of the most powerful sexually satisfying feeling she will ever encounter. Men and women are slowly discovering these realities, and searching out information on the subject. Thanks to the Internet, it is becoming easier to get this information, which can correct many women’s sexual frustrations.

In explaining this concept, I have encountered hundreds of men thrilled to learn how to make this happen. Yet, there are still many others who feel it to be messy and not worth the time. There is little reasoning behind their opinions, other than that they are happy their women do not know they are capable of ejaculation. My desire is that all healthy women would be aware of their bodies and learn to be comfortable enough with themselves and their partners to discover the pleasures of female ejaculation!